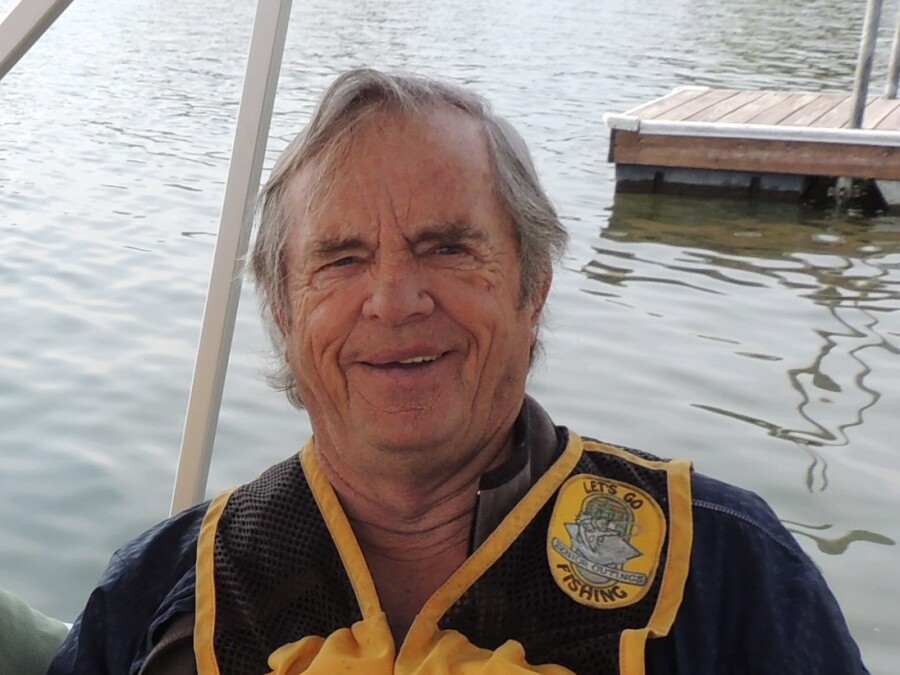 Clarence E. Carlson, age 79 of Ault, Colorado, formerly from New London Minnesota. Clarence lost his battle with cancer on April 13, 2020.  Due to the Covid-19 Virus his Celebration of Life service was postponed and will be held August 22, 2020, at the American Legion in New London, Minnesota from Noon to 3:00 pm.  Please join us to share stories and memories.   A graveside service will follow at Ebenezer Cemetery north of Kandiyohi at 4:30 pm, with Pastor Kevin Melin officiating.  Arrangements by Peterson Brothers Funeral Home in Willmar.  www.petersonbrothers.com

Clarence was born to Oscar and Evelyn (Andreen) Carlson on August 28, 1940.  He was raised in New London and graduated New London High School 1958.   His First job was at The New London Times at the age of 16 and that started his career in Printing.  He married Caren Skaalerud in 1961 and had 3 children, Jodi Shumaker Jamey Carlson , and Jennifer Diehl.  He worked at Lake Country Press until 1971 when he purchased a Print Shop in Estes Park, Colorado.  He sold Mountain Printery in 1979, moving his family to Fort Collins, Co. where he worked at various print shops until 1990 when he joined Caren at Custom Tabs & Specialties, Inc of Fort Collins.  He retired in 2018 with his fishing pole in hand ready to hit the lakes and scare the fish.  He enjoyed spending time with his grandsons Dan, Scott and Justin Shumaker, Jason and Timothy Carlson, and granddaughters Bailey and Brady Diehl and taking them fishing and boating.  He loved seeing the great grands, Meekah and Charliegh Carlson and Skyler Shumaker.  He will miss the birth or the 2 great grands, coming in the near future.  He made many trips back to Minnesota to visit relatives and friends.  He was a good handyman, loved helping others.

He was a father figure to Kerry Braman and grandpa figure to Kristin and Tiffany Phelps.  He always counted them and their families as his own.

In lieu of flowers, Memorials can be referred to Pathways Hospice via mail to 305 Carpenter Road, Fort Collins, Co 80525 or their website pathwayscare.org.

To order memorial trees or send flowers to the family in memory of Clarence Carlson, please visit our flower store.