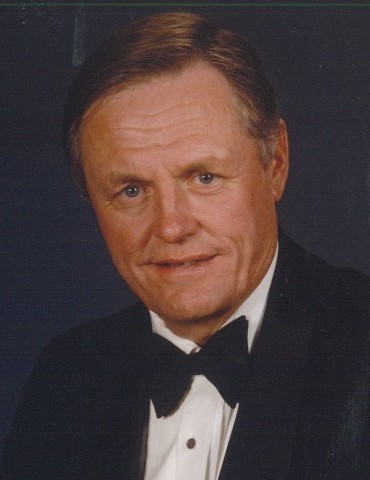 A Celebration of Life service will be held at 11:00 a.m. on Friday, Aug. 16, at Calvary Lutheran Church.  Interment will be in the church cemetery with military honors provided by the Willmar American Legion Post #167.  Visitation will be from 6-8 p.m. on Thursday, Aug. 15, at Peterson Brothers Funeral Home and will continue for one hour prior to the service at the church. In lieu of flowers, please consider a donation to Rice Care Hospice or the Calvary Lutheran Church Grand Piano Fund in honor of Chet.

Chesley “Chet” Nyland Sommers was born on April 9, 1936, in Warren, Minnesota, the son of Arthur and Inga Sommers.  He was baptized and confirmed at First Lutheran Church in Warren Minnesota.  He graduated from Warren High School in 1954, and served his country in the United States Navy and Navy Reserve.  He attended Bemidji State Teachers College and graduated with a Bachelor's Degree in Music Education.  In 1961, Chet married Sharon Jean Skramstad in Chisholm, Minnesota.  After teaching music in Lake Bronson and Lancaster Minnesota, Chet completed his Master's Degree in Music Education at the University of North Dakota.  In 1964, Chet and Sharon moved to Willmar where they raised three children, Mark, Phillip and Stephanie.  Chet began the music department at the newly founded Willmar Community College where he directed the choir, orchestra and band. During the summer months Chet attended the University of Colorado and achieved a Doctorate in Musical Arts.  He invested his time and talent in the Willmar community where he directed the Willmar Community Choir, Orchestra and West Central Singers. He served as president of the West Central Concert Series and was involved in and brought countless musical and theatrical productions to the Willmar area. He was proudly awarded the Good Neighbor Award by WCCO and honored for his work by the American Choral Directors Association.  Chet was a devout man of faith and served as choral director at both Vinje and Calvary Lutheran Church for over three decades.  After retirement, Chet spent his time tuning pianos as well as fishing at the family cabin on Lake of the Woods. He was an avid fisherman, outdoorsman, conservationist and pilot. Out of all rewards in life, Chet would say his greatest were family, especially his grandchildren who he taught to fish.

He is survived by his wife, Sharon; a son, Mark (and Lynnette) Sommers of Willmar, a daughter, Stephanie (and Douglas) Fornfeist of Temple, TX.; daughter-in-law, Brenda Anderson Sommers of Sartell; eight grandchildren and three great-grandchildren, besides other relatives and many friends.

He was preceded in death by his parents; three brothers, Robert, Edward and George and his son, Phillip in 2015.

To order memorial trees or send flowers to the family in memory of Chet Sommers, please visit our flower store.