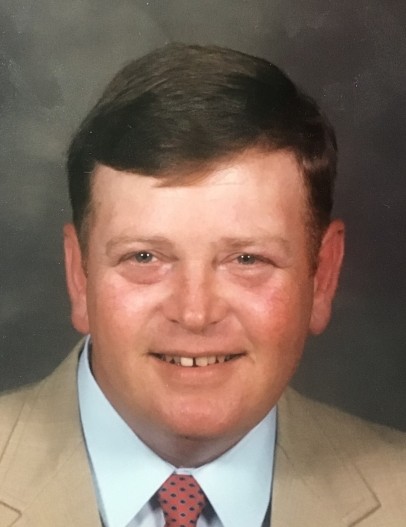 Memorial services are will be 11:00 a.m. Tuesday, October 29, at Bethel Lutheran Church in Willmar with visitation one hour prior to the service.  Interment will be at Fairview Cemetery in Willmar with military honors provided by Austin F. Hanscom American Legion Post #167 of Willmar.   In lieu of flowers, memorials are preferred to Carris Health Rice Hospice or Bethel Lutheran Church.  Arrangements are with Peterson Brothers Funeral Home in Willmar, petersonbrothers.com.

Charles Freeman “Chuck” Johnson was born April 15, 1946 in Willmar, Minnesota, to Lowell and Ethel  (Holmquist) Johnson.  He graduated from Willmar High School in 1965 and attended the Willmar Vo-Tech before joining the Navy on January 25, 1968.  A highlight of his Navy experience was serving aboard the USS New Orleans which recovered the astronauts aboard Apollo 14 on their return after their moon landing.  While serving in the Navy, Chuck was also proud to have gone from a Pollywog to a Shellback by crossing the equator .  After serving his country, Chuck earned his degree in computer programing at the Alexandria Vo-Tech.  He worked as a computer programmer for V Stores in Clara City from 1974 to 1982.  He then worked at Walt’s in Willmar.  Everyone knew Chuck and he greeted people with a warm smile and friendly welcome every day for many years until his retirement in 2011.

Chuck enjoyed the outdoors, especially fishing, hunting, and boating.  He also enjoyed attending air show, particularly the Blue Angels.  Chuck was a member of the Disabled American Veterans, the American Legion and the Veterans of Foreign Wars.  He was also a past member of the Little Crow Anglers, the Minnesota Deer Hunters Association, and the Rocky Mountain Elk Foundation.

He is survived by a sister: Sharon Eddy of Alexandria, MN; a brother: Bob (and Jenny) Johnson of Brainerd; nieces: Michelle (and Keith) Pollman, Susie (and Joel) Halvorson, and Holly (and Dave) Connaker; nephews: Michael (and Sandy) Eddy and Michael (and Molly) Johnson; several great-nieces and great-nephews; and other relatives and friends.

He was preceded in death by his parents; and a brother-in-law: Paul Eddy.

To order memorial trees or send flowers to the family in memory of Charles Johnson, please visit our flower store.