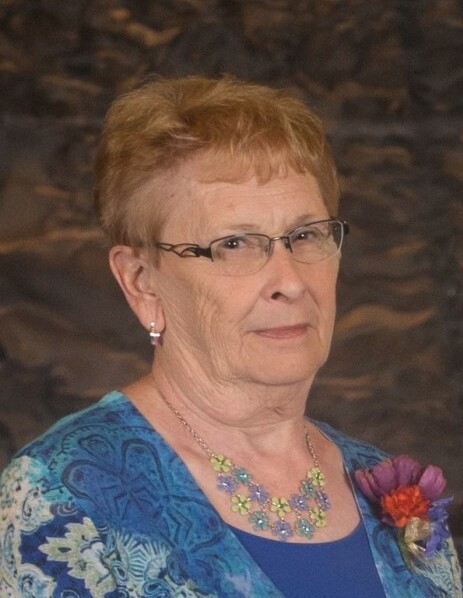 Funeral services will be held at 11:00 a.m. on Monday, Dec. 13, at the Atwater United Methodist Church.  Interment will be at Union Cemetery.  Visitation will be from 3-5 p.m. on Sunday, Dec. 12, at the Peterson Brothers Atwater Funeral Home and will continue for one hour prior to the service at the church.  Arrangements are entrusted to the Peterson Brothers Atwater Funeral Home.  www.petersonbrothers.com

Carolyn Ann Stahnke was born on June 12, 1941, on the family farm in Highmore, South Dakota, the daughter of George and Lola (Taylor) Woods.   In 1959, she graduated from Highmore High School and graduated in 1960, from Nettleton Commercial College, Sioux Falls, SD.  On February 28, 1961, Carolyn was married to Harlan “Casey” Alton Stahnke and they made their home in Atwater.

Family was extremely important to Carolyn.  She was always willing to show up to help and made it priority to attend every event for her children and grandchildren.  She traveled the country with her husband while he worked in the construction industry.

Carolyn was a gifted seamstress and always had a new project on her sewing machine.  She was well known for her many craft projects including most recently; curling iron covers, potato bags, potholders, table runners, Kleenex covers, microwave bowls, small fabric purses and face coverings.

Carolyn was an exceptional cook and always hosted the holiday gatherings which included the full meal from scratch.  She insisted on doing the cooking for the family’s special events such as baptism, confirmation and graduation.  She always had delicious food ready at moment’s notice for any visitors, friends and family.

Carolyn worked at Holm Brothers and Hanson Locker Plant in Atwater as a bookkeeper from 1960-1965.  She sold Avon from 1964 to 1971 and ran a catering business from 1973-1982.  She worked for Bill’s Mobile Service as a bookkeeper in 1970 and worked for the Credit Union until 1980 while serving on the board of directors.  She was a Cub Scout Den Mother from 1968 to 1972.  She was very active in the church and most recently was the bookkeeper for the Atwater United Methodist Church.

She is survived by her two sons, Scott (Connie) Stahnke of Spicer and Bruce (Debra Shriver) Stahnke of Spicer; three grandchildren, Samantha (Jacob Ailts), Ross (Shania Garberich) Stahnke and Sloan Stahnke.  Also surviving are her sister, Verna Lynn Lundgren of Elk River and three brothers, Charles Woods of DeGraff, James Woods of Atwater and Cecil Woods of Willmar, besides other relatives and many friends.

She was preceded in death by her parents and her husband, Harlan "Casey" in 2004.

To order memorial trees or send flowers to the family in memory of Carolyn Stahnke, please visit our flower store.