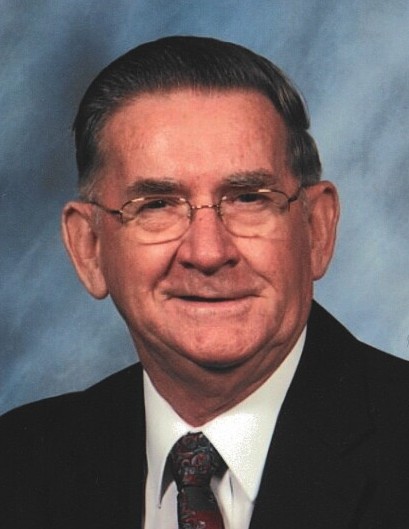 A private graveside service will be held at Fort Snelling National Cemetery at a later date.  Arrangements are with Peterson Brothers Funeral Home.  www.petersonbrothers.com

Carl Edward Jones was born on February 28, 1930, at his parents home on the banks of the Ohio River in Ravenswood, West Virginia, the son of Hoyt and Este (Gande) Jones.  He grew up in Ravenswood and graduated from Ravenswood High School in 1948.  Following high school, Carl worked in road construction, drove taxi and as a deck hand for Ashland Oil Company on one of their river barges.  On July 3, 1951, he enlisted in the U.S. Air Force and served in the Korean War and was later stationed at Fort Snelling in Minneapolis.  On September 9, 1952, Carl was united in marriage to Rita Cochran and they made their home in Minneapolis.  On July 2, 1955, Carl was honorably discharged from the service as rank of Staff Sergeant.  He became employed for Century Insurance Company and Seaboard Finance Company in Minneapolis before moving to Willmar in 1972, to work at the Bank of Willmar.  In 1995, Carl retired from First American Bank and Trust as the Senior Vice President of Lending.

Carl was a member of the First Covenant Church, served as a Willmar Police Commissioner, on the Board of Directors of Willmar Chamber of Commerce, was active in Crime Stoppers and the Willmar American Legion and V.F.W. Posts.  Carl was an avid waterfowl hunter, fisherman, trapper and golfer.  He also enjoyed photography, flower gardens and being with his family and friends.

He is survived by one son, John (and Sheri) Jones of Fargo, North Dakota; one daughter, Sheila King of Ocala, Florida; one grandson, Andrew Carl Jones and numerous nieces and nephews.

He was preceded in death by his parents; his wife, Rita in 2001;two sisters, Gertrude Hughes and Grace Taylor and one niece, Susan Taylor.

To order memorial trees or send flowers to the family in memory of Carl Jones, please visit our flower store.