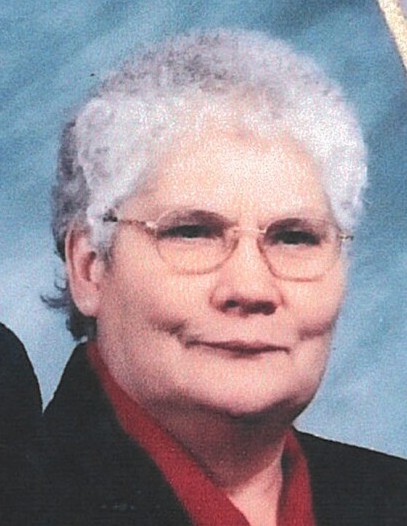 Funeral services will be held at 11 a.m. on Tuesday, August 3, at Ebenezer Lutheran Church.  Interment will be in the church cemetery.  Visitation will be from 5-7 p.m. on Monday, August 2, at Peterson Brothers Funeral Home and will continue for one hour prior to the service at the church.  Arrangements are with Peterson Brothers Funeral Home. www.petersonbrothers.com

Barbara Catherine Oveson was born on February 9, 1937, in Olivia, Minnesota, the daughter of John and Mary (Buchtel) Weyer.  She grew up and received her education in Olivia.  On April 20, 1956, in Milbank, South Dakota, Barbara was united in marriage to Kenneth Oveson.  They made their home in Kandiyohi and Barbara worked as a waitress at Green’s Café.  She was later employed as an Aide for the D.A.C. and Palmer Bus Company.  Barbara was a longtime member of Ebenezer Lutheran Church.  She enjoyed gardening, crafts and spending time with her family, especially all of her grandchildren.

She is survived by her four children, Kathy (and Michael) Neuharth of Snow Flake, AZ., Kenneth Oveson Jr. of Willmar, Karen Hood of Belgrade and Kay Oveson of Kandiyohi; five grandchildren, twelve great grandchildren and five great great grandchildren.  Also surviving are two sisters, Dorothy Whalen of Minneapolis and Margaret Lindsey of San Antonio, TX., besides other relatives and friends.

She was preceded in death by her parents; her husband, Kenneth in 2018 and a sister in infancy.

To order memorial trees or send flowers to the family in memory of Barbara Oveson, please visit our flower store.