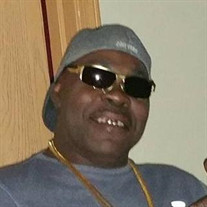 A Celebration of Life service will be held at 2:00 p.m. on Tuesday, January 24, at Peterson Brothers Funeral Home in Willmar. Visitation will be two hours prior to the service on Tuesday. www.petersonbrothers.com

Arthur Lee Rivers Jr. was born on February 12, 1960, in Vero Beach, Florida, the son of Arthur and Clarice (Jordan) Rivers. He grew up in Vero Beach, graduated from Vero Beach High School in 1978 and attended Oklahoma State University. Arthur met Alfrida Stansbury and together they had two sons, Antwan and Lamar. They lived in Vero Beach and was employed by Alan and Linda McDowell. On June 3, 1994, Arthur met the love of his life, Heidi Halvorson and they were later married on April 25, 1997, in Rapid City, South Dakota. They lived in several areas throughout the United Stated and moved to Willmar, Minnesota in July of 2010. He worked as a foreman in construction, a security officer and at Divine House, Inc. Arthur enjoyed being with his family and friends.

To order memorial trees or send flowers to the family in memory of Arthur Rivers Jr, please visit our flower store.