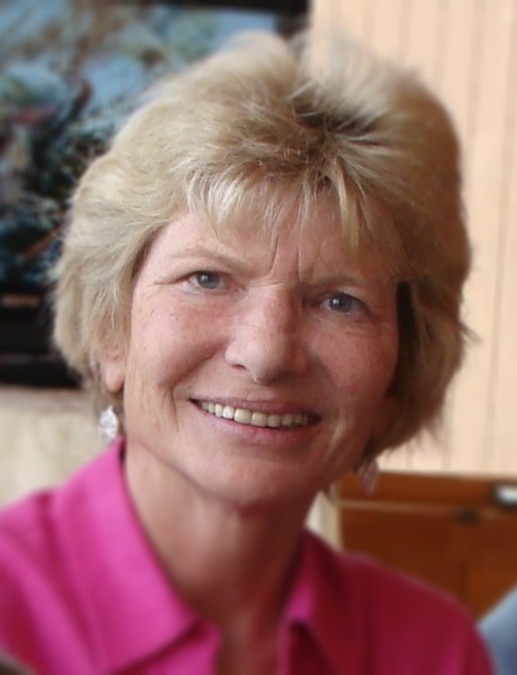 Mass of Christian Burial will be held at 11:00 a.m. on Monday, March 29, at the Church of Saint Mary’s in Willmar, Minnesota.  Visitation will be one hour prior to the service at the church.  In lieu of flowers, the family requests you make a donation to the Kandiyohi Humane Society to support Ann’s passion and love for animals, or to The Link community group in New London Spicer.  Arrangements are with Peterson Brothers Funeral Home in Willmar.

Ann Margaret Bonham-Thorson was born June 2, 1954, in Willmar, Minnesota, the daughter of Richard and Mona (Leenay) Bonham.  She grew up in Willmar and was baptized and confirmed at St. Mary’s Catholic Church and attended St. Mary’s Parochial School.

In 1972, she graduated from Willmar High School and then attended the University of Minnesota in Waseca and trained as a Veterinary Technician and Large Animal Veterinarian.

In 1977, Ann was married to Allen Lippold. They made their home in Minneapolis and Red Wing and were later divorced.  In 1985, she moved to Kandiyohi.

In 1988, Ann was married to Richard “Rick” Thorson. They made their home near New London, where they raised their family together.  Ann and Rick were blessed in 26 years of marriage together, enjoying their shared love of gardening, animals, family, and especially time with the grandkids.

Ann was a world-renowned horse trainer with countless awards and recognitions at the national and international level. She started training horses at the age of 16 at Bonnie Lee Farms, and sent many horses on to Regional and national Championship Shows.

She later became a National Certified Massage Therapist and served the Willmar and New London-Spicer communities for 27 years.  In 2019, Ann was diagnosed with pancreatic cancer and retired.  She was a member of the Church of St. Mary and was a member of the First Baptist Church with her husband Rick.

Service to others and devotion to her family and friends were the common threads that made Ann who she was. She enjoyed gardening, baking, and cooking comfort foods for all her family and friends.  She had a fond love for all animals and cherished the time together with her family, especially her grandchildren. She was excellent in everything she did, from her work to her gardens, to cooking. She had a special gift for making all people feel welcome and loved. She put her whole heart into everything she did and everyone she touched.

She is survived by three children, Aaron (and Carmelia Ayala) Lippold of Ashburn, VA., Valerie (and Chris) Walstrom of Belgrade and Josh (and Michelle) Patton of Arlington, VA; and seven grandchildren, Tyler (and Maren) Walstrom, Tanner Walstrom, Jordyn Walstrom, Joshua Walstrom, Tania Barahona, Aubrey and Elliana Patton; two brothers, Phil (and Jill) Bonham of Webster and Tim Bonham of Minneapolis, and many other relatives and friends.

She was preceded in death by her parents and her husband, Rick in 2015.

To order memorial trees or send flowers to the family in memory of Ann Thorson, please visit our flower store.