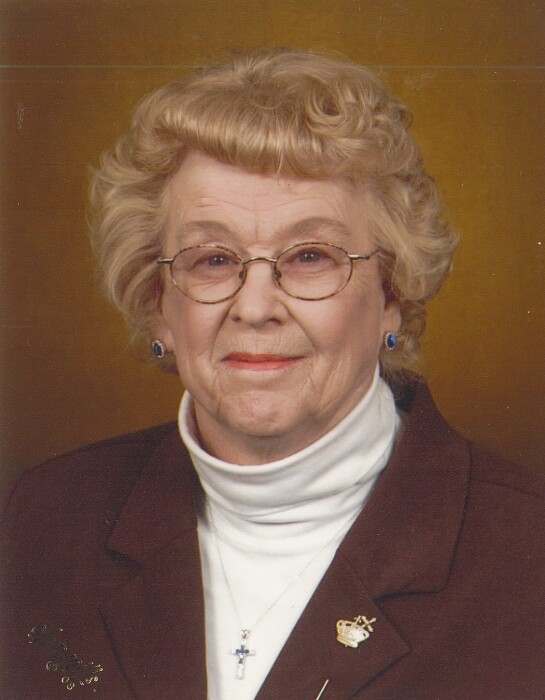 Mass of Christian Burial will be held at 11:00 a.m. on Monday, July 6 at the Church of St. Mary in Willmar.  Interment will be in the church cemetery.  Visitation will be from 5-7 p.m. on Sunday, July 5, at Peterson Brothers Funeral Home and will continue for one hour prior to the service at the church.  Arrangements are with Peterson Brothers Funeral Home.  www.petersonbrothers.com

Angie was born on  March 18, 1937, in Springfield, Minnesota, the daughter of Rangvold and Margaret (Prom) Groff.  She grew up and received her education in the Springfield community.  On February 9, 1957, at St. Joseph’s Catholic Church in Clements, Minnesota, Angie was united in marriage to Anthony Paul Kidrowski.  They lived and farmed for over 45 years near Pennock.  In 2003, they retired and moved into Pennock.  She was a member of the Church of St. Mary and was active with the Daughters of Isabella.  She was named the MN State Outstanding Daughter of the Year in 2006 and was editor of the state newsletter for several years.  Angie and Tony had a true partnership as parents of 12 children.  As part of farm life, Angie canned produce and baked bread weekly.  She enjoyed creative writing and embroidery.  Angie was also a partner with Tony as she took care of the books for both their farm and rental housing business.

She was preceded in death by her parents, her husband, Tony on June 20, 2020; one daughter, Patricia Morin; three grandchildren, Kevin Kidrowski, Jeremiah Kidrowski and John Johannes; and a brother-in-law, Bennett Juenemann.

To order memorial trees or send flowers to the family in memory of Angie Kidrowski, please visit our flower store.