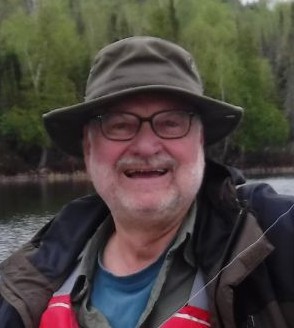 On November 29, 2022, my husband, Al walked across the Western Minnesota Prairie and into the arms of God.  He was the love of my life and was loved and respected by a multitude of relatives and friends.

Al was born on February 1, 1949, in Willmar, MN to Willard and Rhoda DeRuyter and lived in Roseland, MN until the spring of 1953 when his parents purchased the John Teigland farm in rural Sunburg.  He attended first grade at the district #19 Country School (where he learned to bake a potato on the heating stove for his lunch!) Grades 2 to 6 were completed at the new elementary school in Sunburg that opened for the 1956-57 school year.  He attended Kerkhoven High School and graduated in May of 1967 as a member of the National Honor Society.  Following high school, Al joined the Minnesota Army National Guard and was ordered to Fort Lewis, WA for basic training which he completed in November of 1967.  He was a reserve member of the Army until April 1973 when he was honorably discharged.  He attended the University of Minnesota (Minneapolis) receiving a Bachelor of Science in Business with Distinction and an MBA in Business Administration.

After college, Al joined Schwarz Strommen as an insurance salesman.  Later he moved to an affiliated company, Swenson Anderson.  His professional career began in earnest in 1980 when he started his own company, DeRuyter Associates, as an insurance and securities broker.  He worked with small business owners throughout the state of Minnesota providing business continuation planning and employee benefits.  His clientele was primarily outside of the Mpls/St Paul Metro Area which he really enjoyed.  He and I were living on our forty acres north of Buffalo, MN and he would often leave home at 6 am and drive to Grand Rapids, or Rochester, stopping for meetings in towns along the way, and returning home at 9 pm.  His office was located in the western suburbs, so there were many weeks when he only went to “the evil city” one day to pick up materials and catch up on phone calls.  This was before cell phones, so he had most of the drive-up phone locations scoped out!  He has been a member of MAHU (MN Assn. of Health Underwriters) his entire career.  He served on the Board of Directors from 2008 to 2013. In 2012, Al chaired the MAHU convention committee. During his term, the event was transformed from a one-day event into a two-day event and was a very successful, well attended convention complete with a gala. The 2012 convention raised a record amount of income, which supports the activities of the association. In 2013 he received the John J. Symanitz Award in recognition of leadership and dedication to the health industry, support of community activities and a lifetime of quality professional sales.  In 2012, Al decided to retire and sold his business to his Business Assistant of 23 years, Marie Bell.  She has continued his work in small-group employee benefits under the company name DeRuyter-Bell, LLC.

Al and I met on a blind date in August of 1970.  We began dating in earnest two weeks later and were married in April of 1976.  We bought our first suburban home in Chanhassen, MN in 1977, but our goal was to own a place in the country.  In 1988, we purchased 40 acres of land north of Buffalo that was partially wooded with oak and ash trees and built a shop/garage first and lived there while we built our home.  We would still be living there today, but in 2007 when his mother passed away, we had an opportunity to buy the family farm at Sunburg, and we made it happen in July 2008.  We moved to the farm in 2016 and built a new home and outbuildings.

Al was an avid hunter and outdoorsman and a longtime woodworker. He had a passion for conservation and his dream was to restore our farm to its original prairie/wetland status through state and federal conservation easement programs.  I will continue with that work.  He was a Norway Lake Township Supervisor and a member of the American Legion Post #537 in New London.

Visitation will be from 10 a.m. to 11 a.m. followed by his Celebration of Life service at 11 a.m. on Wednesday, December 7, at Hope Lutheran Church in Sunburg.  Military honors will be provided by the New London American Legion Post.  In lieu of flowers, memorials to Pheasants Forever or the conservation organization of your choice are preferred.  Arrangements are entrusted to the Peterson Brothers Sunburg Funeral Home.  www.petersonbrothers.com