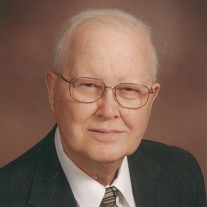 Adrien Otto Miller, age 74, of Willmar, passed away August 15th at Rice Memorial Hospital in Willmar, after six years of battling various cancers.
Funeral services will be held at 11:00 a.m. on Saturday, August 20, at Immanuel Lutheran Church in Willmar. Interment will be at Fairview Cemetery in Willmar. Visitation will be from 5-7 p.m. on Friday, August 19, at Peterson Brothers Funeral Home in Willmar and will continue for one hour prior to the service at the church on Saturday. In lieu of flowers, memorials to Immanuel Lutheran Church are preferred. www.petersonbrothers.com
Adrien Otto Miller was born June 21, 1942 in Danube, Minnesota, the son of Otto and Elda (Bratsch) Miller. He was baptized at home and confirmed at St. Matthew Lutheran Church in Danube in 1956. Adrien grew up in rural Danube and graduated from Danube High School in 1960. He attended St. Cloud College and DeVry Technical College in Chicago and received his associate degree in Electrical Engineering. Early in his career he worked for Honeywell in New York City, Boston, and Minneapolis. Later on Adrien obtained his master's degree in Business Administration at the Univ. of South Dakota.
On July 12, 1969, Adrien was united in marriage to Marilyn L. Quick in Shoreview, Minnesota and they were blessed with three sons, Eric, Adam and Mark in three years in three different states. They settled in Brandon, South Dakota for 30 years while Adrien worked at the Argus Leader newspaper fixing computers and anything electronic. In 2003, Adrien and Marilyn moved to Willmar, Minnesota, where Adrien finished his career working for ACMC in the Information Systems group for 13 years, retiring in October 2014 at age 72. He was a hard worker and loved helping his co-workers with their technical problems and considered them all, his friends. Even when dealing with sickness at the end of his career he continued to work because he enjoyed his job and the people so much.
Adrien was very active in church and his faith, reading the bible every day. He taught Sunday school for over 30 years at Good Shepherd Evangelical Lutheran in Sioux Falls, South Dakota and Immanuel Evangelical Lutheran in Willmar, Minnesota, where both Adrien and Marilyn have made many lifelong friends.
Adrien was a loving son, brother, husband, father and friend to the many people he connected with over his years with us. He will be greatly missed until that time when we can see him again.
He is survived by his wife, Marilyn of Willmar; three sons, Eric (and Jean) Miller of Charlotte, NC, Adam (and Terrie) Miller, Wheaton, IL and Mark (and Ann) Miller of Hutchinson; seven grandchildren, Emelia and Sofia Miller, Axel and Lauren Miller, and Kevin, Collin and Ellie Tarezon. Also surviving is his mother, Elda Van Buren of Willmar; his brother, Arthur (and Sherry) Miller of Willmar; step-brother, Roger (and Marlene) Van Buren of Rochester; and step-sisters, Eunice (and Curt) Duininck of Trophy Club, TX, Betty (and Duane) Meyer of Clara City; besides many nieces, nephews, other relatives and friends.
He was preceded in death by his father, Otto Miller; his step-father, Harry Van Buren; two brothers, Larry and Harold Miller and a sister and brother-in-law, Barbara (and Gary) Slagter.

To order memorial trees or send flowers to the family in memory of Adrien Miller, please visit our flower store.